If you have any questions about your old trading account or other matters, please contact us at info@depaho.com.

Invest directly from your phone

Get our free app

Development of the international currency market:

The evolution of the foreign exchange market in recent decades goes through many stages in order to become the main engine of the contemporary global economy.

Every day currencies are traded in billions of dollars on the world financial markets, thus enabling global trade and investment. This material is intended to provide the background to current developments in the international currency markets, with particular emphasis on international agreements and the impact of technology on business, which takes place 24 hours a day.

Between the First and Second World War, currencies were subject to the system of fixed exchange rates based on gold and silver standards. This period is known as the era of convertibility. Governments backed currency issued by them with a specific amount of gold or silver. The dominant world currency at the time was sterling and the dollar took on the role of the next most important currency. The end of convertibility came around 1929, at the beginning of the Great Depression. During World War II the foreign exchange market virtually ceased to exist.

The Bretton Woods Agreement of 1944: – Introduced the nominal system based on the exchange standard of gold. – Established the International Monetary Fund (IMF) and International Bank for Reconstruction and Development (World Bank). – USD replaced the British pound as the dominant currency on the market.

The Abandonment of the Bretton Woods Agreement leads to: – Formation of the Gold Pool in 1961 (to 1968) – Introduction of Special Drawing Rights (SDR) in 1969 – Strong currencies float more freely.

The Smithsonian Agreement of 1971

This agreement includes a 10 percent devaluation of the dollar and a further increase of other currencies, through an increase in the official price of gold to $28 an ounce.

Greater flexibility was possible after an expansion by 2.25% of the permitted fluctuation margins of the new central rates of currencies against the dollar.

Due to Germany's skepticism regarding the Smithsonian Agreement, European currencies change in a narrow range against each other and have a floating exchange rate against the dollar, thus creating a mini system.

The UK decision to join the Snake in May 1972 encouraged other countries to free-float their currencies against the dollar, rather than adhere to certain tolerance limits imposed by the Smithsonian Agreement.

Thus the Snake successfully replaces the Smithsonian Agreement. In fact England was forced to withdraw from the Snake after only seven weeks as a result of a speculative attack against the British pound.

In response to the high inflation caused by the oil crisis, countries begin to set targets related to the increase in the money supply, resulting in increased interest rates. These changes in interest rates lead to greater movement of short-term capital between countries in search of higher interest rates and thus reinforcing a floating rate.

Goals of the European Monetary System (EMS) of 1979:

– To contribute to better economic integration and stability among member states of the EU. – To introduce a system of managed exchange rate with intervention of + / - 2.25% from central rates for most currencies, i.e. Mechanism to control exchange rates. – To establish the ECU as the main currency in the EU. – Parity network is the cornerstone of the control mechanism of exchange rates. Bilateral central rates for each currency are at the core of the network.

The Goals of the European Economic and Monetary Union are:

Greater speed and efficiency of communication is a result of the technological revolution. Dealers are able to expand their operations, thanks to computerized cash payments and information systems. Technological advances led to more speculation and volatility.

–  Authorities of the countries in the G7 try to maintain exchange rates within certain limits or reference ranges. –  The Plaza Accord (1985) - In September 1985, the finance ministers and central bank governors of the member countries of the G5 (U.S., UK, Germany, France and Japan) held a meeting in New York, at the Hotel Plaza, on which they agreed to cooperate to encourage systematic improvement the major currencies against the U.S. dollar. –  The Louvre Agreement (1987) - In February 1987 the member states of the G6 (G5 with Italy) agreed to maintain their currencies at appropriate levels and promised to cooperate to foster stability of exchange rates around current levels. There is an unofficial exchange rate to be maintained within 5%.

– The international payments system is based on the exchange standard - International payment system is actually based on the dollar standard that exists, but is not officially recognized. Foreign central authorities hold reserves primarily in the form of dollars and use them to settle international debts. However, the dollar was no longer convertible into gold or tangible commodity. Thus, the purchasing value of the global dollar reserves depends on the state of the U.S. economy. It seems that this situation will continue until they are widely accepted alternative reserve assets. 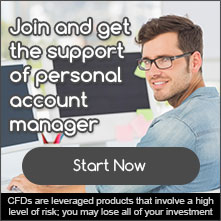 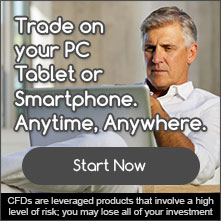 Disclaimer: GTCM (www.gtcm.com) is a registered EU trademark (no. 018006764) exclusively used as a brand name of Depaho Ltd, a registered Cyprus Investment Firm regulated by CySEC with license no. 161/11 and authorised by the FSCA with license no. 47709 and with an established branch in Spain with registration no. 123 under the CNMV.
CFDs are complex instruments and come with a high risk of losing money rapidly due to leverage. 88% of retail investor accounts lose money when trading CFDs with this provider. You should consider whether you understand how CFDs work and whether you can afford to take the high risk of losing your money.

Our apologies, but we cannot serve clients from this country at this time.